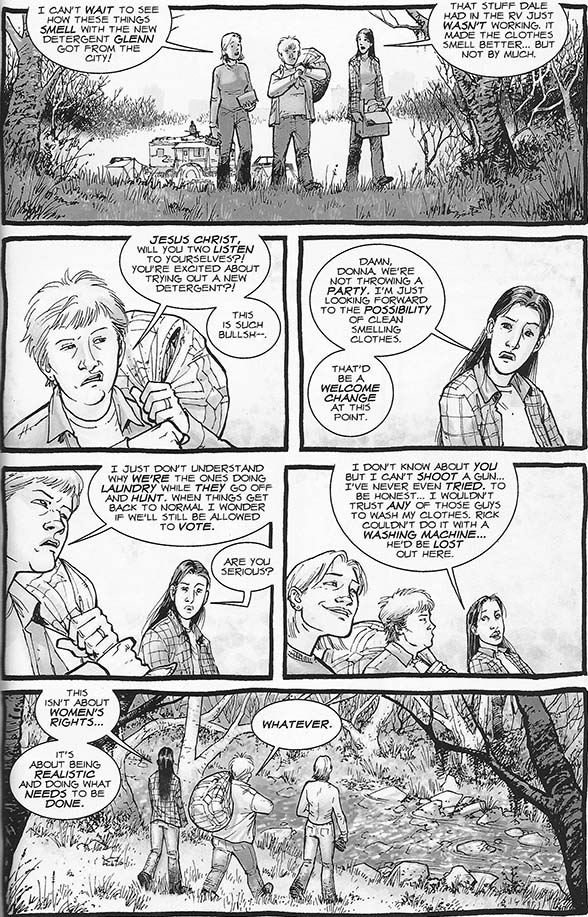 BELOW: Rockslide invokes "Holy God!": Young X-Men Rockslide, Wolf Cub and Dust attacked Magma (having been misled by Donald Pierce disguised as Cyclops). Magma super-heated Dust in her sand form, turning her to glass. Rockslide, a nominal Catholic, utters "Holy God!" in shock and perhaps as an unconscious prayer. Coincidentally, the "glassified" Dust (who is a Muslim) appears in this panel remarkably like a statue of the Virgin Mary. This is probably unintentional. 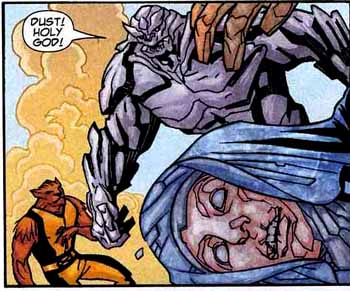