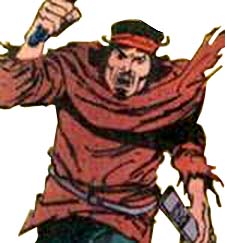 The Religious Affiliation of
Agnar the Fierce
Agnar

Other Names: Agnar of Vanaheim

Agnar the Fierce is a noble Asgardian whose religious beliefs are similar to that of most Asgardians, and can be classified as Teutonic paganism. Agnar applied for the important position of Asgard's gatekeeper, but he lost to Heimdall.

Sources differ as to whether the Asgardian known as "Agnar the Fierce" is the same person as "Agnar of Vanaheim" (of the Vanir). Some sources identify these as two different characters. Currently we have these combined as a single character.