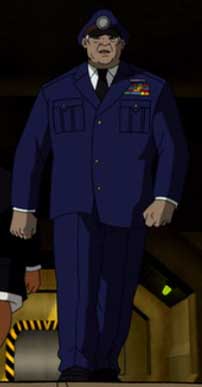 An unnamed high-ranking general answered directly to President Lex Luthor on the military project to analyze and destroy a massive approaching Kryptonite meteor that threatened life on Earth.

The general was an older man and rather rotund. He was at least a little intimidated by Lex Luthor, as Luthor was the Commander-in-Chief at the time. The general originally deferred to Luthor taking all responsibility for doing all necessary calculations himself.

Unfortunately, Luthor's personally calculated plan to destroy the meteor with missiles did not work. When President Luthor clearly began acting in a villainous way by deciding he no longer wanted to stop the meteor, but would rather rule the population that would remain after its devastating impact, the general finally stopped obeying Luthor. He did as Amanda Waller said when she gave the order to arrest President Luthor. 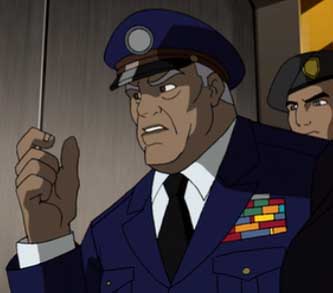 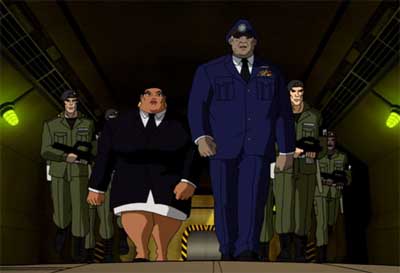