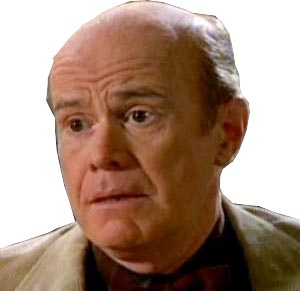 Dr. Bernard Klein was a scientist friend of Superman's who appeared in 16 episodes of the Lois & Clark TV series. Providing general scientific expertise and diagnosing Superman's various peculiar injuries and maladies, Dr. Klein provided a function similar to characters such as Professor Emil Hamilton from the comics and Smallville TV series. Interestingly enough, Dr. Klein was preceded on the Lois & Clark by another actor actually playing the part of "Professor Emil Hamilton," but that actor (and the character of Prof. Hamilton) appeared on only two episodes, making way for Kenneth Kimmins to portray "Dr. Bernard Klein" as the series' most important recurring scientific advisor.

Unlike Professor Hamilton, Dr. Bernard Klein was created specifically for the Lois & Clark TV series and has, as yet, never appeared in any other TV series or published medium.