Title: “Requiem for a Superhero”

9 characters in this story: 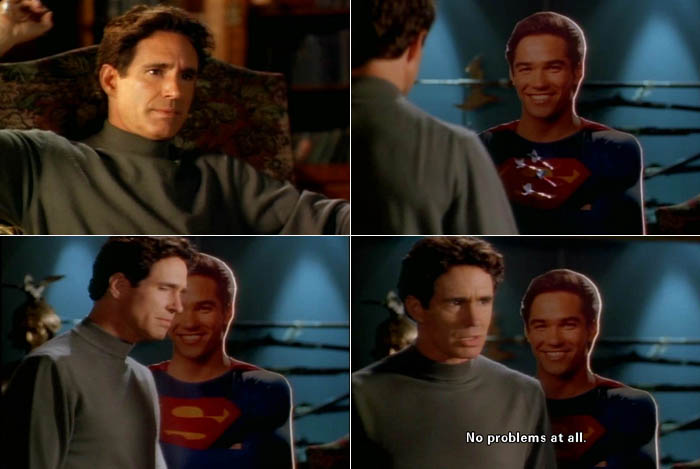 Timecode: 14 minutes, 26 seconds: Already, by episode 5 of the first season of Lois & Clark, Lex Luthor is so obsessed with Superman that he is seen spending some of his leisure time throwing darts into a cardboard cutout of Superman.

Timecode: 17 minutes, 22 seconds: Lex Luthor orders the murder of Allie Dinello, a boxing trainer who happens to be a friend of Lois Lane's. After Lex Luthor receives word that the killing has gone as planned, he talks to himself in the mirror. This monologue illustrates something of the depths of Luthor's moral depravity and sociopathy. He truly thinks of nobody but himself and thinks of himself as being above the religious values, ethics and morality of "common man."

Assassin (or his go-between, on phone): It's done.

Lex Luthor: Are you sure?

Lex Luthor hangs up the phone. He begins speaking, as if to another person. But at the end of his monologue we see he is only looking at a mirror.

BELOW: Lex Luthor disppoints himself whenever he commits murder: 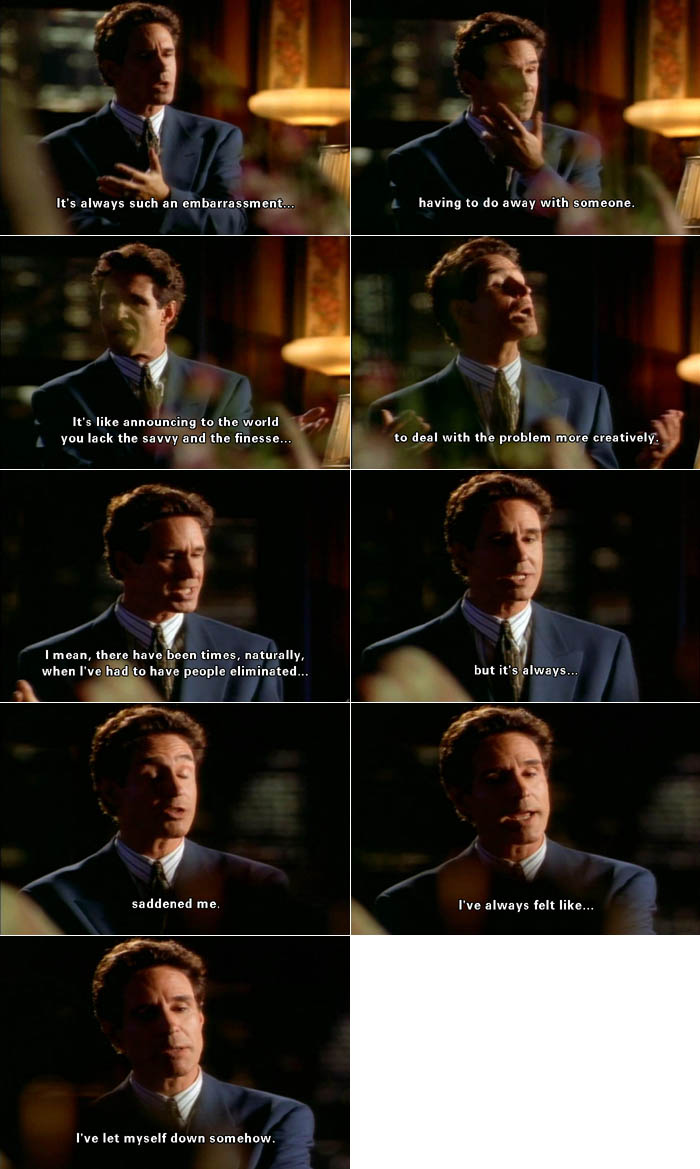 Lex Luthor: It's . . . always such an embarrassment . . . having to do away with someone. It's like announcing to the world that you lack the savvy and the finesse to deal with the problem more creatively. I mean, there have been times, naturally, when I've had to have people eliminated, but it's always . . . saddened me. I've always felt like . . . I've let myself down somehow.