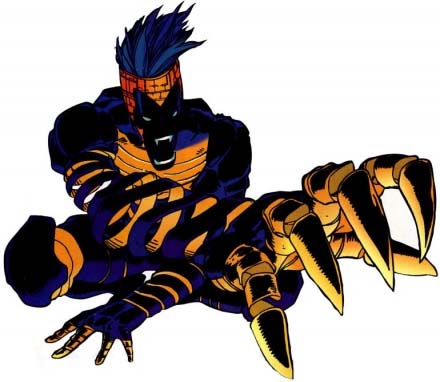 In the Age of Apocalypse, Abyss was explicitly depicted as a Nihilist with a warped sense of humor.

The extent to which this Nihilist aspect (or perhaps "potential aspect") of Abyss's character is manifest in the "mainstream" (Earth 616) version of the character is a subject which should be explored further. As far as we know, "mainstream" Abyss has not been explicitly identified as a Nihilist, but given the character's name and AoA depiction, there is probably at least a bit of a nihilist in him. In any case, the AoA version of the character remains at least as important overall as the non-AoA version, who has had relatively few appearances and who was de-powered on M-Day (when the Scarlet Witch's power caused most of Earth's mutants to change into regular powerless humans).