Tony Stark (Iron Man Annual #1, 2007, page 3): "Other aliases [for Madame Hydra] include The Viper, Leona Hiss, Merriem Drew, and Ophelia Sarkissian, which just might be her real name."

In Captain America (vol. 1) #419, Viper utilized super-villain team she organized called Fangs. They were essentially pawns in her latest nihilist scheme. The team consisted of Bludgeon, Heatray, Razorblade, and Slither). 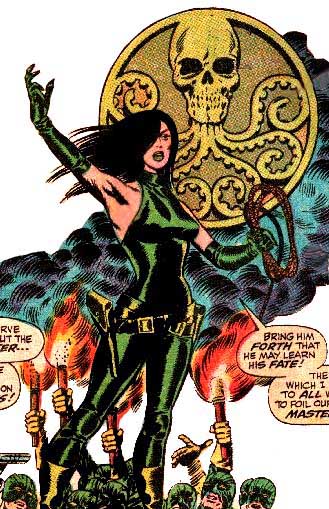 This character is in the following 57 stories which have been indexed by this website: