The Religious Affiliation of
D’Bari

The D'Bari are an alien race distinguished by their green skin and thick, long hair which resembles dreadlocks.

The best known members of the D'Bari race are Vuk (who was sometimes mistaken for the mythical Medusa during his long exile on Earth), Bzztl Gvyn (Vuk's son), and Tas'wzta (a member of the Nova Corps). Other D'Bari include K'hari and his lifemate G'aspix.

The D'Bari race was almost entirely wiped out when the cosmic entity known as the "Phoenix" (or Phoenix Force) wiped out their home planet. One of the few surviving D'Bari was Vuk, who was on Earth at the time of his home planet's destruction.

Vuk was often mistaken for Medusa because of the technology he had that let him turn people to stone, and also because of his long dreadlock-like hair, which may have appeared to be snakes when he was glimpsed in shadows.

Captain America encountered Vuk when he was first thawed out from the ice he had been trapped in since World War II.

Vuk eventually sought revenge against the Phoenix Force and Jean Grey for the destruction of the homeworld by the Phoenix. He became known as "Starhammer."

Very little is known about D'Bari religion and culture. The race as a whole is generally regarded as quite peaceful. However, after the destruction of their planet by the Dark Phoenix, the few remaining members of the D'Bari race generally felt vengeful toward the Dark Phoenix, Jean Grey, and Earth generally.

The D'Bari are known to be extremely phobic about contact with others. This is part of the reason that Vuk hid for thousands of years after he was stranded on Earth.

Number of group members listed below: 6 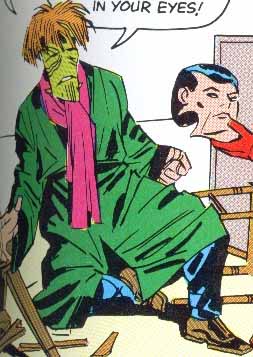 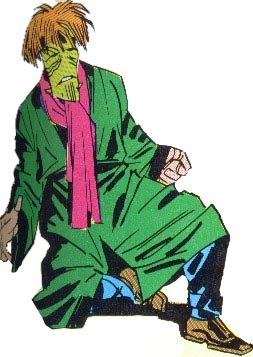 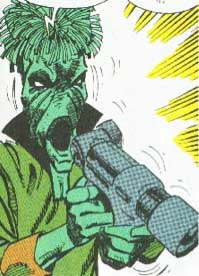 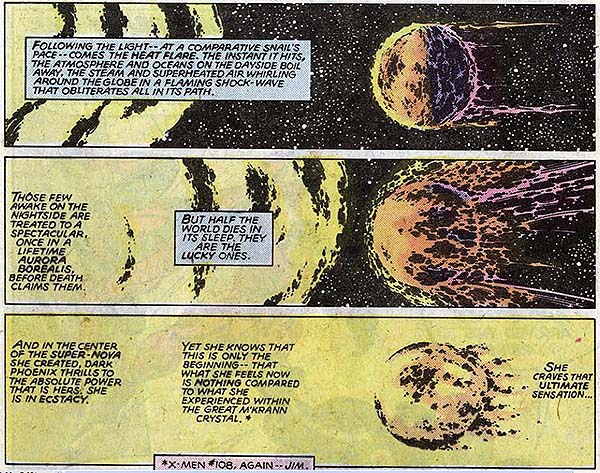