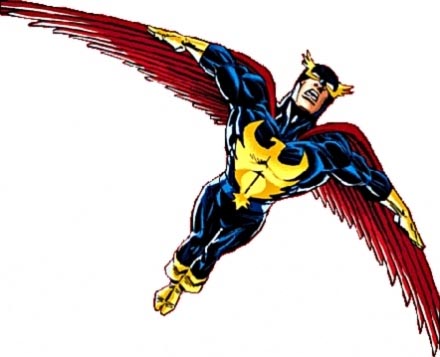 Note that Kyle Richmond of mainstream Marvel Earth (Earth 616) and Kyle Richmond of the Squadron Supreme Earth (Earth 712) are technically two different characters, each with their own distinct history and continuity. But because both characters are known as "Nighthawk" and wear an essentially identical costume, and because there are no known differences in the religious affiliation between the two characters, there is one single database entry for both versions.

The "Earth-X" (or "Universe X", a.k.a. Earth-9997) version of Kyle Richmond strikes us as so distinctive and unusual that he merits special attention. We will probably need to carefully read the story that portrays him a few times in order to grasp the religious significance of the character. On Earth-X, Kyle Richmond is known as "4D-Man. Jeff Christiansen's description of the character reads: "Cosmic consciousness. Once chronicled the events of Earth X till he was betrayed by Christians."

Kyle Richmond appeared as "4D-Man" in Universe X #0 (Sep. 2006). This story was written by Roy Thomas, with art by Sal Buscema, Jim Krueger, and Dougie Braithwaite.

Clearly there are many unanswered questions about this version of Kyle Richmond. Further careful reading and research is needed. 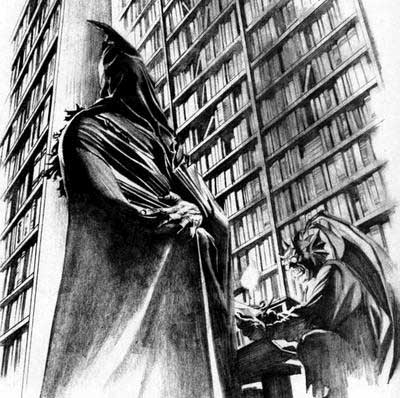 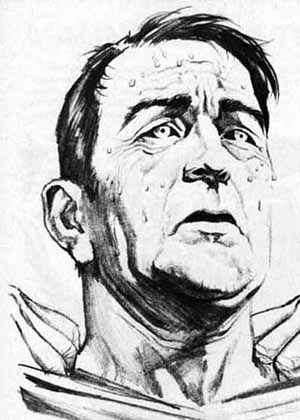 This character is in the following 165 stories which have been indexed by this website: