The Religious Affiliation of
Loki

In Thor (vol. 2) #s 63 and 64, Loki posed as the human fisherman "Willia Lawson," the leader of the Maine branch of the Church of Asgard. In this role, he intentionally inflamed tensions between the Church of Asgard (also known as the "Church of Thor") and other religious groups, such as the Catholic church.

Loki is also a DC comics character as well, although he is far less significant in DC comics than he is in Marvel comics. DC's version of Loki first appeared in the second volume of the Sandman series. In DC comics, Loki is clearly portrayed as the god of mischief, evil and fire.

Loki has been known by many names, including Giant's Child, Lie-Smith, and Wolf-Father.

BELOW: Thor feels that Nick Fury is going to great lengths to rationalize rather than accept the facts of Thor's and Loki's existence. Thor gently chides Nick Fury for his inability to believe that Thor is a god and that Loki has just appeared before them in the form of somebody else. Nick Fury's secular mindset simply can't allow for such possibilities. Thor tells Fury: "I know what I know." Fury's disbelief will not dissuade Thor from his convictions.

Thor spread his hands. "General. After all we've seen in this past year, you still think it's crazy to believe in shapeshifters?"

Fury glared daggers at him.

"And the truth is, I don't care about what you think where my mental stability is concerned. I know what I know. However you want to rationalize it to yourself is fine."

"Oh," Fury said. "You're going to lecture me about rationalizing? Let me get out my tape recorder."

"General Fury," Thor said. "That was Loki... If you need to think I'm crazy because that's the way your world makes sense to you, be my guest," Thor said. "But this happened. And what needs to happen now is..." 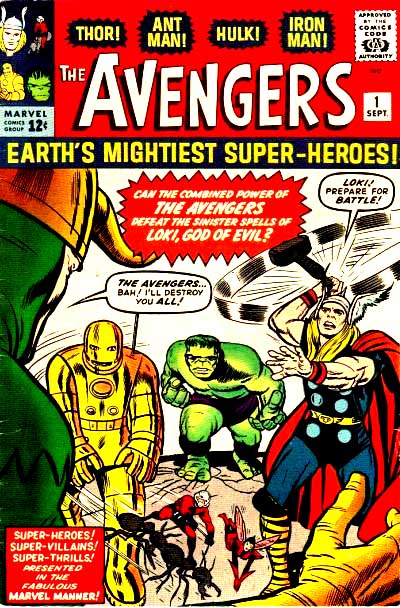