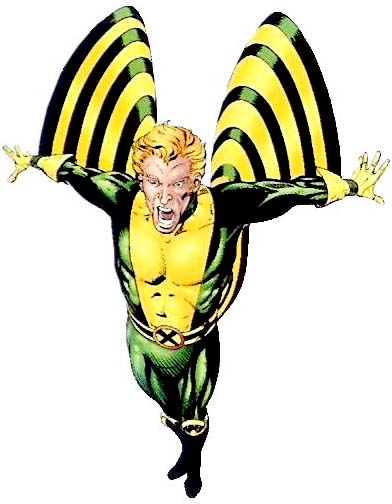 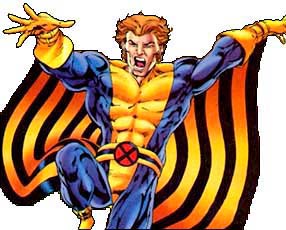 What religion do superhero's [sic] belong to?

I'd like to discuss what religious beliefs are favorite costumed hero's belong to. Everyone knows Daredevil is Catholic. But beyond that, what do we know of superhero's beliefs? I'm thinking of mostly the Marvel Universe, but you DC fans feel free to contribute as well...

...Sabra, the superheroine protector of Israel, [is] Jewish... While on the topic of national heroes, I vaguely recall an Irish superhero (Shamrock or Siren) in the Marvel Universe, who I would presume to be Catholic. Is the X-Men's Banshee Irish or Scottish? And what's the predominant religion of Scotland, anyway? That would provide a reasonable guess for Dr. Moira MacTaggart from X-Men as well...

I know a lot of characters are Jewish, so I was wondering who is officially Catholic?

I know Daredevil is. It's a major part of his personality and often occurs in storylines.

I also believe Firebird from the West Coast Avengers... After that, I'm pretty much stumped.

Anyone have any others?

How about the Irish contingent in the X-Universe:

Nightcrawler is obviously Roman Catholic. Rahne is Presbyterian. ...and Sunspot, are they Catholic too? ...Dust is Muslim. Kitty is Jewish... Banshee and Siryn are probably Catholic.

re: "Cool. I wonder why so many Catholics?"

Catholic angst? It might just be coincidence, in that several countries that seem like exotic origin places to US readers are overwhelmingly Catholic - Banshee for example is Irish, so even if he has never believed in the religion he was almost certainly raised as a Catholic.

What do you think the religious beliefs of the following mutants are?

From: Visconde Carlo Vergara, "The Faith of Heroes (Superhero Religious Trivia)", posted 15 May 2007 on the Carver's House blog website (http://carverhouse.blogspot.com/2006/05/sony-buys-us-rights-to-iranian-comic.html; viewed 14 May 2006):

What do Havok, Polaris and Banshee have in common aside from being mutants and affiliated with the X-Men? According to an article on Adherents.com, the three are Catholics... The site also cites the comics issues where the religious affiliations were suggested or revealed.