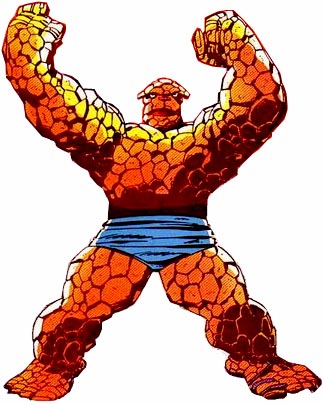 The Religious Affiliation of
The Thing
Ben Grimm

BELOW: A home run ball is compared to the Holy Grail in Ben Grimm's eyes:

To his astonishment, a baseball soared up and out of the confines of Yankee Stadium and landed, thump thump thump, at his feet.

Ben couldn't believe it. He reached down and picked it up, staring at it as if the Holy Grail had been tossed his way. 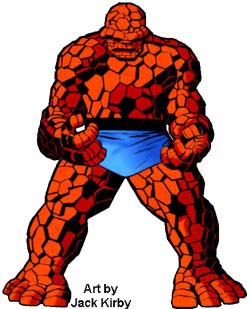 This character is in the following 600 stories which have been indexed by this website: